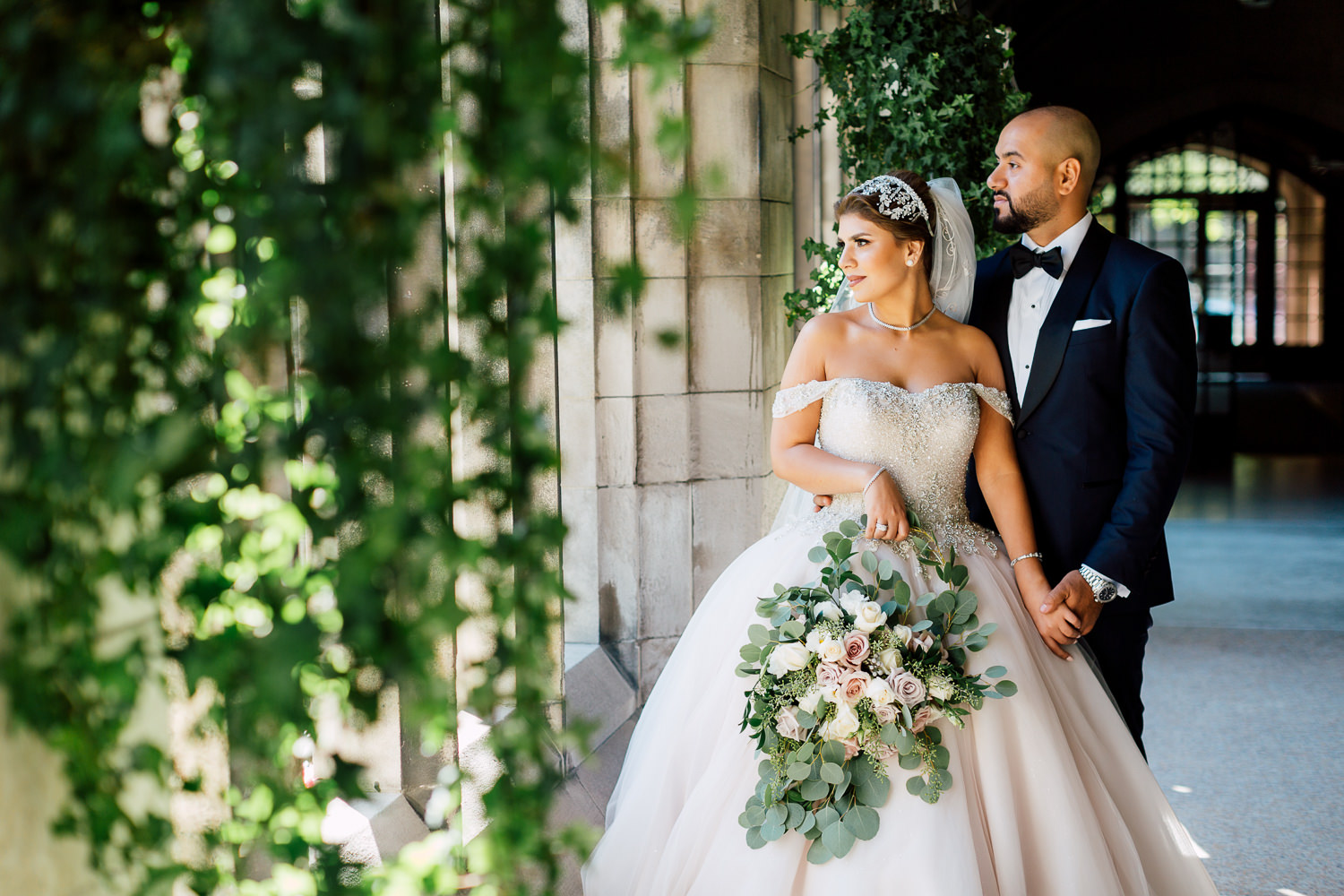 We’ve said it before, and we’ll say it again – Zainab is our definition of a princess. Just look at her getting ready portraits in Shangri La! In our eyes, this Persian couple is royalty. The way they present themselves with grace created such a relaxed atmosphere. It also helped that Zainab and Fahad already had their ceremony a few days before, relieving more nerves! The focus for this day was really for their friends, family and each other.

Since they knew they would be surrounded by 250 guests, they wanted a lot of alone time together. Their moment together began with the first look at the picturesque Knox College in the heart of University of Toronto. After such an intimate and romantic scene to watch, we stayed to do their couple photos. The neo-gothic architecture doesn’t fail to provide the perfect backdrop for a couple looking for timeless and enchanting portraits. We were also lucky that the sun was shining the way it was, giving us a lot of light to play with for a dramatic scene.

The couple made their way to Bellvue Manor where we shot more photos of them before they were joined by their bridal party and family. Maybe it’s the luxurious venue, but Zainab and Fahad looked like they belonged there!  Bellvue Manor provided the perfect backdrop for this royal couple to celebrate their ever after. With the abundance of florals, the room transformed into a majestic garden. Instead of a head table, they had their own special place on the stage. It’s appropriate to say that it pretty much was like a throne! They spent a generous amount of time in their spot to greet their guests and take pictures with them.

Zainab and Fahad are a couple worth honouring. We had a great time capturing a wedding that was so centred on celebrating with their nearest and dearest.