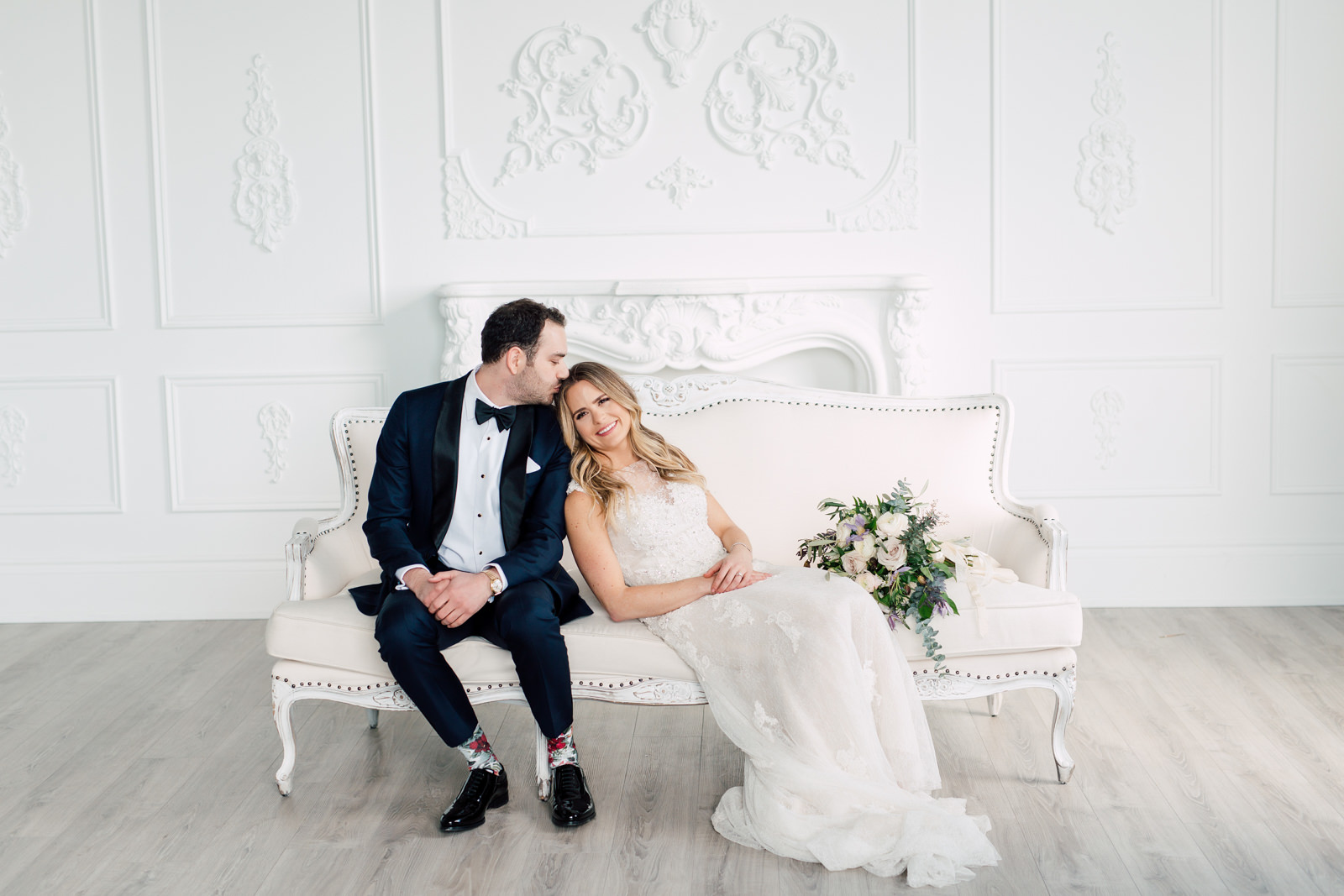 Sometimes, fate speaks to us in the form of small encounters. It works with people, connections, and conversations, just to pave way for two people to meet each other. In the middle of life’s uncertainties, there comes serendipity – making us question everything we have ever come to know.

This is what happened with Ruth and Evan.

They had two encounters: The first one was when Ruth’s brother met Evan while they were both in a medical residency. All it took was a conversation over a cup of coffee, and Ruth’s brother came home with the declaration that he had found the guy she needed to marry. Two years after that, a close friend of Ruth’s met Evan while they were on duty and wanted the two to meet.

Totally stunned by the coincidence, Ruth agreed to finally meet Evan herself, and the rest was history.

Fast forward to what her brother predicted -Ruth and Evan tied the knot earlier this year at the York Mills Gallery in the presence of their family and friends. They had a beautiful set-up of delicately arranged flowers, with the chupa and the table arrangements stealing the spotlight. Ruth wore a simple white wedding gown embroidered with lacey flowers, while the groom was in a midnight blue tuxedo.

We like having as much time as we can photographing portraits in natural light, but it’s a challenge when it’s cold outside! Ruth and Evan decided to do their wedding portraits at Mint Room Studios which is known for being a natural light studio. With a variety of rooms, they were able to get different looks without having to deal with the cold!

The toned down grey and white hues on their invitation was the point of inspiration for the whole wedding. It gave off the modern yet elegant look, and they matched it with dusty rose hues, natural greens, and an off-white flower bouquet. There were over 1000 pillars and taper candles that were displayed along the tables which created the romantic and intimate vibe of the room.

The bride encouraged individuality by allowing her entourage to wear dress designs of their choice, while the maid of honour, Ruth’s sister, wore a sparkly silver dress which made her stand out. In solidarity with the small touches of their wedding, the groom and his male entourage wore playfully designed socks with the same theme! It was a no-fuss wedding that carried an effortless elegance in the air.

The rest of the night was full of love, joy, and laughter. Ruth and Evan’s first dance was held under bright lights, while the rest of the room was dimmed; and then they were joined on the dancefloor by their family and friends, for a night full of partying, with the St. Royal Entertainment as their official accompaniment. That night was truly, inexplicably, a dream that was written in the stars.