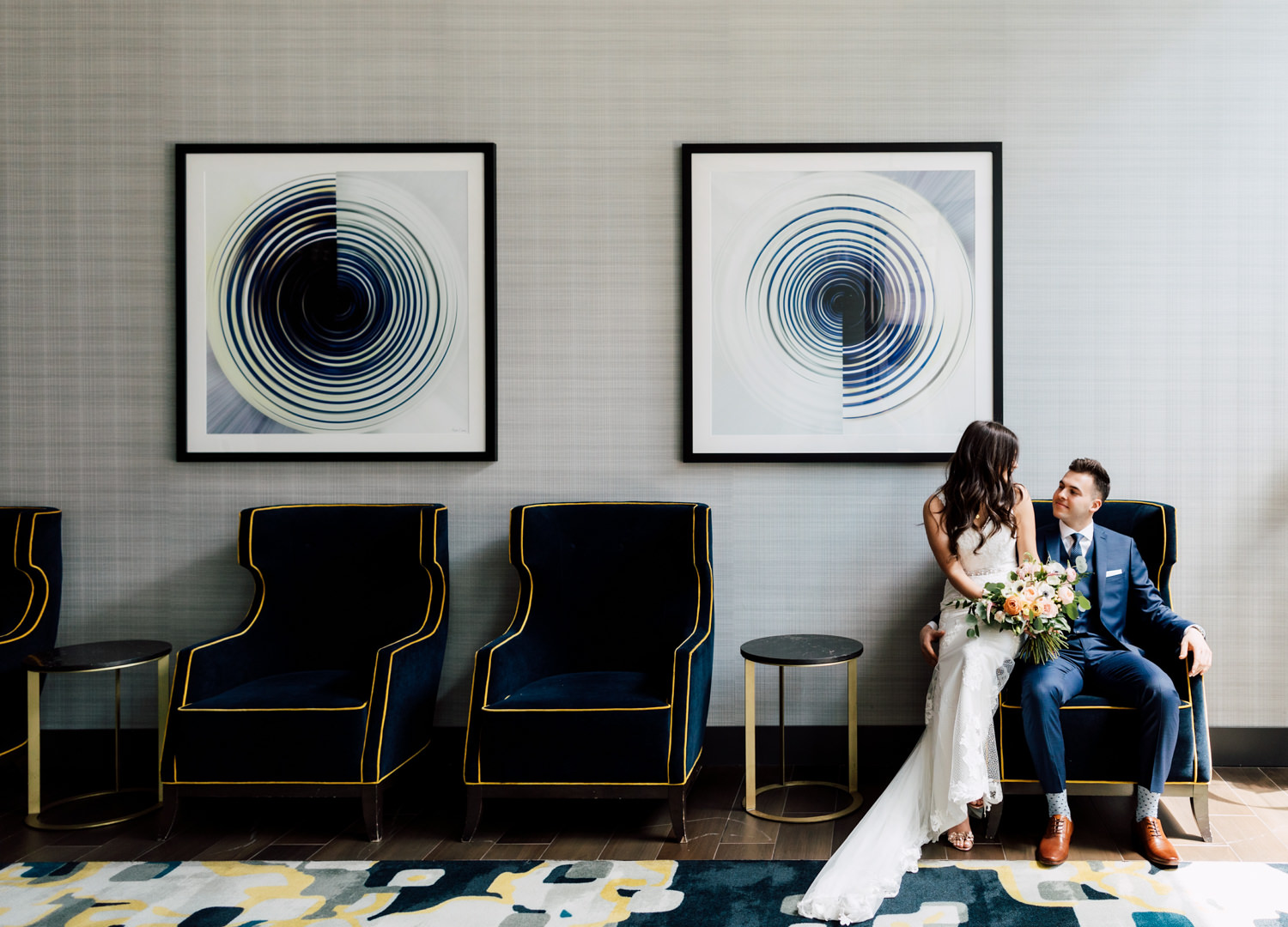 Cristy and Tanner have known each other since forever. No seriously. Their families have been friends ever since they could remember, so they grew up side by side until the day came when they decided they wanted to be inseparable. This down to earth couple wanted their wedding to be casual and fun, emphasizing the importance of being with their loved once instead of having the spotlight on them.

For someone who doesn’t like attention, we couldn’t help but offer ours. Cristy was so natural and graceful in front of the camera, there was no way of stopping us from shooting. Her gown was simple, yet elegant – the type of dress that highlights the one wearing it. She was just as nervous for the ceremony as Tanner was, so having the first look beforehand gave them the peace of mind they needed! Having that time together eased their nerves and the feeling of excitement took over. You can tell by their portraits how comfortable they look, focused on each other instead of getting distracted by the overwhelming details of the day. Since Cristy and Tanner hate taking photos, they don’t actually have a lot of photos together – until now that is. We promise we try to make it as fun and painless as possible!

Trying not to stand out, the groomsmen matched Tanner’s suit and the bridesmaids wore dresses that complimented Cristy’s. Together, the bridal party looked like a team ready to cheer on the couple. They certainly celebrated in style at Toronto’s Thompson Hotel. The Thompson has an awesome rooftop that overlooks the city skyline. Anywhere with the CN Tower is instantly a great view. The interior design and decoration had a fun and stylish modern take, playing with bold colours and patterns. It was the perfect spot for the laid back wedding Cristy and Tanner were going for.

It wasn’t your typical wedding with a grand entrance, a million speeches and toasts. Cristy and Tanner even opted out of a wedding cake! Instead, the spotlight remained shining on the dance floor, where they at least had their first dance to John Mayer’s cover of XO by Beyonce before they partied the night away. It’s no surprise that their favourite part of the day revolved around dancing and hanging out with their family and friends. For what typically is a hectic day, they made it feel super chill!